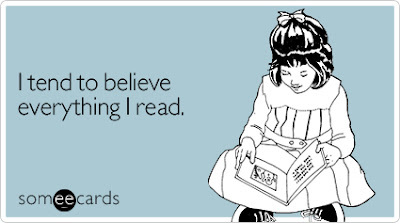 I open bottles incredibly well, as a result of having worked in a wine bar.

At the time, nine years ago, it was the only wine bar in Kansas. Perhaps there are others now (franchises?) named Vines or Sonoma Pete's.

Anyway, one day, at this wine bar, a man looked up from his big fat book. We spoke a little and fell in love... eight months later over email.

He was living in Chicago, and I was working in Western Kansas. Not as a waitress this time, but as an anthropologist studying sex among the meatpackers.

And despite what you may think, there wasn't actually a lot to do at night. After a long day of "participant observation," my options back at the dorm were to:

By mid-summer, when the air outside was choked with cow-dust, our email pace had quickened to several lengthy notes per day.

His words on the screen brought a jolt of electricity matched only by re-reading my own. I wasn't sure who I was falling for, but it felt incredibly good.

I saw him in person during a quick trip back to the college town. Our paths crossed for only a few hours, but it was enough to confirm an IRL attraction. After several mix tapes and two anything-but-virtual visits, I packed my bags and moved up to Chicago.

And the internet, having served its purpose in our lives, went quiet.

I'm just crusing through via who the hell knows what link, and I have to tell you, Le Blagueur a Paris is a brilliant title. It's so *satisfying.* I love it when language works like that.

I'm kind of dreading what comes next...

Ha! love your comment about the jolt of electricity rereading your own posts. I thought I was the only narcissist (but isn't that exactly what a narcissist would think?).

by the way, I scored 100% on grammar and punctuation, but only 80% on definitions and 60% on spelling. Guess what my job is.

This foreshadowing business gives me the chills.

I can't believe you're telling everyone about our romance...

my lawyers will be in touch.

Meat packer sex? roflmao.. Then again why the heck not. What else is there to do in Kansas? Please continue this story--It's wunnerful. I think we've all been there with the jolt of electricity.
Cheers from Seattle.