I spent last week apologizing for my Saturday plans.

You’d think I was seeing a sex show.

Opera, where I come from, just ain’t right. It sits on a high shelf in the foreign food aisle of my Midwestern imaginary, alongside all the other expensive and weird things that you buy only for company.

So I was nervous when friends, over drinks, invited us to go. But then (sip) we’re in Paris. And we (sip) only live once. We’ll drink first, and it’s (sip), it’s a story.

This kind of cabernet logic is exactly how I ended up at my first Paris sex show. But that’s a different story.

Not so different, in fact, if the opera in question is Salomé. These friends had the foresight to select, for our first time, an opera that doubles as a strip show.

Show of hands: who knew there was nudity in opera?

Opera, in my mind, has always been associated with elites. Boston types, puritans, not the sex-having kind. So I was surprised, I’ll admit, when Salomé began to slowly take off her clothes.

It was innocent during the first of seven veils. Flutes whistled anemically while Salomé pranced around for her step-father. The fluttering ribbons recalled a gymnastic floor routine more than any peep show.

But then, about halfway through the dance, a shift occurred in Salomé. She became fuller, more frantic, more Beyoncé. She was rolling, and then writhing, on the floor. She was spreading her legs and ripping veil after veil, with the orchestra growing louder by the minute. She flew raggedly around the stage – a blur of red hair and white skin. The sixth veil came off, and then the seventh. And these were followed in short order by the shirt, the bra, and the skirt.

The climax (mine, anyway) came when Salomé, fully naked, began to grind against the bars of a cage.

Welcome, people, to the opera!

The closing scene, in which Salomé tongues a decapitated John the Baptist, was a “safe choice” according to Bernhard. Apparently there are productions in which she has sex with the head.

So, to recap: the opera, which costs 20 euros, is actually cheaper – and sexier – than a Paris sex show. And you can, if you want, bring your own binoculars.

Good. Here’s your schedule for the next week:

ThuSept-7: At 7:00 listen to Jonathan Ames reading from his book Wake Up, Sir! at 7:00. The hyperactive Ames has been compared to Sedaris and appeared often on Letterman. The Village Voice Bookshop: 6, rue Princess, 75006 (FREE). When it’s over, go drink some wine at the Caves Miard at 9, rue des Quatre Vents.

FriSept-8: Arrive before 21h30 for Fêtes de Nuit. The gardens of Versailles play host to “Les Noces de “l’Enfant Roi,” a bizzaro tribute to young royal loving that is executed, of course, upon a floating stage with fireworks (30 euros).

SunSept-10: Arty, are you? There’s a Paris salon for people like you. IVY has the details on her website – RSVP and get directions to an apartment in 75017. The meetup starts at 19h30.

TueSept-12: Be there for the first night of On n’est pas de vedettes, an annual festival of chanson hosted by Au Limonaire. Thirty singers (some famous, some inconnus) will take the stage over the course of two weeks. Three per night, and the lineup for each evening is a surprise. Reserve for an early dinner at 01 45 23 33 33, or come only for the show at 21h. 18 Cite Bergere, 75009 (FREE/donation).

WedSept13: Go back to the Flèche d’Or to see Katel. I know, I know – you’re exhausted. But she’s really good. Listen here if you don’t believe me (FREE). 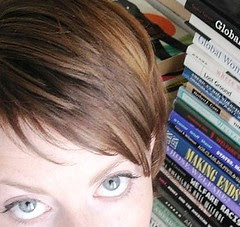 My first cut in Paris went something like this:

I arrived at a recommended salon armed with pictures and a modest vocabulary. I asked for a coupe de cheveux en dégradé and a brushing. What I got was the exact same cut that every other woman my age seemed to be wearing.

So the next time I changed both salon and approach. I chose a hipster-looking coiffeur and told him in broken French to “create whatever you dream.” My stylist’s dream, it turned out, was to give me a modified Job Bob with slightly longer layers. He earned points, though, for managing to smoke and snip at the same time. I went back to Les Intondables twice based on the merits of its jukebox and proximity to Sushi Yakatori Bagel.

Months later, with frange dangling in my eyes, I ran a search on “English-speaking salons” in Paris. I visited an English website. I called and booked an appointment speaking English. Upon meeting my stylish, I burst forth all in English with my stream of requests and small prayers. I watched Aurélie’s face begin to blanche. She spoke beautiful French and not a word of my mother tongue. It was, however, the best cut I’d received in Paris, so I returned three times before she disappeared into the suburbs.

Last week, returning home from a battle over my working papers, I paused at the doorstep of a trendy salon. I had recently seen enough vacation pictures of myself to know that a cut was in order tout de suite. So without an appointment or a second thought I found myself walking into the “Toxic” branch of Toni & Guy. The music was thumping, the stylists were beautiful. The beverage girl seemed to be flirting.

I knew I’d found someplace special when the shampoo chair began to vibrate. I felt so relaxed after tea and massage that I scarcely noticed my transformation. Gone now is the pony tail, the wispy lock across my forehead. In their place are seven hundred jaggy bits which, when taken together, make me look “butch.” Or so le mec tells me. Seven hundred bits which, when they grow out, are going to look completely CRAZY, ensuring that I will be back at Toni & Guy before the last autumn leaf falls.

The problem now is that my hair is much cooler than I am. Like Diderot’s new dressing gown, it just calls attention to my many other deficiencies of style. I can no longer wear those shoes with my new haircut. And that skirt? Forget about it.

Between the hair and my reduced wardrobe of six well-worn items, I feel I’m two giant steps closer toward being parisienne. All I need now is some lingerie. 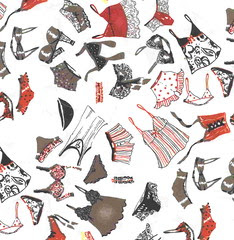 Tonight, dear reader, I will be living your fantasy.

I hurry now to finish this post, knowing that you are the only thing standing between me and a private club that I recently joined.

The doorman will flash me a smile as I slip him my card. I’ll descend into the basement and past the kids who are already going at it. I’ll follow a corridor into the heart of the club and find myself surrounded by dozens of half-naked women. They will be readying themselves for the effort to come - adding jewelry and adjusting their complicated lingerie.

Welcome to the Club Med gym.

Cloob Med is the city’s largest chain of fitness centers, and the site of tonight’s continuing anthropology fieldwork. I observe as the natives try to adapt to this curious new technology.

Behold: the female approaches the Stair Master. She walks twice around, sniffing, and gingerly mounts it from behind. The hair is perfect, her makeup fresh. She climbs for fifteen minutes on level 2 without breaking a sweat. She remains the picture of perfect aloofness, even while a jewel-encrusted string (I am not making this up) carves a new trench in her backside.

What (really--I’m asking) is up with French women and their lingerie?

A recent study confirmed that they spend, on average, 20% of their clothing budget on lingerie – an estimated 2.6 billion euros per year.

I’m not knocking the general idea, mind you, but at the gym?

For my own part, I’ll be riding tonight in my sensible whites. For there’s nothing worse while working on cardio (and mentally rehearsing your next karaoke triumph) than the cold hard feel of rhinestone in your ass.

Or so I suspect…

Signs of the Times

Two years ago I stood dumb before my fishmonger, wondering why in the world I wasn’t getting any scallops.

Had I used the wrong word (Coquilles Saint-Jacques)? Had I not ushered the proper greeting? No, I understood after the third repetition: they were not in season.

Not in season? In America I could buy scallops whenever I wanted. But now, on the eve of my first dinner party in France, the pesky bi-valves were nowhere to be found. With Serge and Agnès arriving in less than an hour, I pointed hopefully to some white flesh-looking fish and returned home to struggle with its bones.

Despite the fact that I was raised in the “breadbasket to the world,” I had no sense of seasonality before moving to France. The same items were present year-round from my stadium-sized grocery store. They were cheaper in certain months, but always available.

In France, during that first month, I felt constrained. There were fewer options in smaller stores that seemed never to be open when I needed them. The recipes that had formerly dazzled were, without the right ingredients, of little use to me now.

I had to re-learn how to eat.

Eating in France means following the seasons. My next lesson was the autumn appearance of wild mushrooms. Months later, the arrival of clementines marked time for a city without snow. Oysters burst onto to scene with crowds gathering for free tastings at the local poissonnerie. Within months friends were whispering about springtime lamb and asparagus. And summer, before I knew it, had come 'round again - bringing deep red tomatoes and stacks of fresh herbs.

Last night I cooked again for Serge and Agnès. This time, however, I went about it in a much different way. Gone were the convoluted recipes and fusion acrobatics. In their place, an offering of what’s best in September:

When you buy food that’s in season, you don’t have to do much besides put it on a plate. The Brie de Meaux, which had been aged for eight weeks in my butcher’s cave and set out only when it was ready to be eaten that day, was runny and redolent of green summer grass. The plums were at the peak of ripeness – perfect in the moment and rotten the next morning on my counter.

So to paraphrase the Rolling Stones:

You can’t always get what you want
But if you try sometimes to follow the times
You just might find...you get what you need (and more).

The Weekly Gaffe: A+ 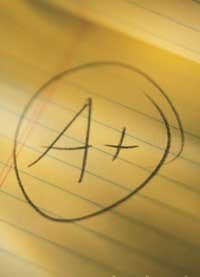 [The Weekly Gaffe is a non-weekly series about french foibles.]

le Meg - The way he signs his emails; it's just great. When everyone else is full of "pas mal" and avoiding hyperbole...

le Meg - Where are you going?

le Meg - Well, then, when are you coming back?