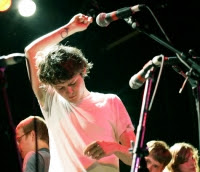 The band Beirut and the french site la Blogothèque both have dedicated fans and a quasi-cult following. Recently, however, they have become twin fascinations for John Norris over at MTV.

Watching the video below, you might think to yourself, "damn, them kids is cool. I'd sure like to have a beer with them..."

It's not as hard as you might imagine. At the very least, you can stalk their favorite bars and watch them from across the room, waiting for the moment when they are drunk enough to consider letting you sit on their lap.

What I'm getting at is that Zach Condon from Beirut, along with Vincent Moon, Chryde, and several Blogothèque writers, have all revealed their favorite bars for indie rock drinking in Paris. It's all waiting for you in this article over at Gridskipper. So hit the trail and check out these spots where you're sure to feel comfortable in your hoodie and your love of home recording. And after you stumble home, treat yourself to a little un-sober surfing with la Blogothèque's Take-Away Shows video series.

And as pre-bar homework, watch this MTV news broadcast in which (a newly wig-topped?) John Norris manages to suck up to Zach Condon to a greater degree than even I have attempted in the past.

This weekend is the annual fête des vendanges in Montmartre, and I'll be making the rounds in the "village" of wine and regional products.

Coming from the States and a protestant background, there's something really great about being able to booze from wine stand to wine stand at the foot of a giant church.

For those interested in checking out the festival, which includes a parade, fireworks, and hundreds of music, literary, and even gastronomical events dedicated to the singer George Brassens, the official festival web page is here, and my Gridskipper article about it is here. 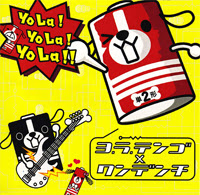 But until then, here's a Gridskipper post about all the Paris concerts that are happening through December.

November in particular is absurdly full. It's really almost too much. I remember complaining upon arrival that the Paris indie music scene was dead, and now I'm deciding between Cat Power, the Shins, Beirut/Andrew Bird, I'm From Barcelona, the National, Hot Hot Heat and about 15 other bands.

In any case, there's a whole lot of hoopla on that post, including video for my favorite bands playing in October, plus a Google calendar and a radio player that lets you listen to all the picks who are playing before January.

And I promise to write a real something soon. Just as soon as I finish my next Gridskipper article, which is tentatively titled "Famed Vagina Now Open in Paris."

Can anyone guess what show that is about?