The Paris Bloggers' Picnic was a resounding success because:

Something tells me that neither will remember...

Other picnic highlights include:
Police estimate that around 70 bloggers turned out for Saturday's picnic. Organizers put this number closer to five hundred.

Five hundred bloggers means that at least the same number of posts and no fewer than forty thousand photos will be circulating before Wednesday.

Thanks to everyone who came! 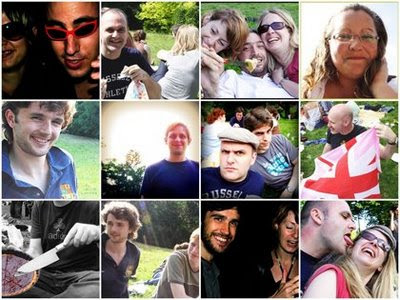 It was lovely to meet you as well! I'm looking forward to the next one.

you made out with someone else in my absence?

it's over between us, le meg.

Oh man... I knew those pringles were going to end badly.

Well then WHAT were you doing those other thirteen times?

Had a blast... And it's probably safe to say that I left at *just* the right time -- because if I had had any more wine, I may have done something I surely would regret!

Thanks again for organizing it!

Owing to shyness and pressure of time, we didn't introduce ourselves to you. Sorry, but we would like to say thank you for co-organising the party. (We spoke to Petite and FrogWithaBlog so I must now zip over to Bookpacker).
We've posted our meagre collection of snaps on flickr.
And we look forward to the next bash when we will say hello. Promise.

Me too. Please organise another one soon!:-)

By your description, it sounds as if me and Petite have bladders that were separated at birth.

You made out with King Negrito?

What about my teapot and all those promises!? I even joined your FACEBOOK page!

Meg, there are noises spreading around :)

Meg, it was a pleasure to meet you. You need to learn the words to Xanadu so you can join in next time ;)

Very funny, very cool.
You and "la petite" sound like comical types. I've just spent the better part of the afternoon cheerily trawling through your stuff. Now I have to buckle down and write something long and dreary for a dull company in Aubervilliers. Thanks for the break. Any other picnics planned?

I hope your laurels are comfortable miss satin pajamas. But I'm sitting here like a sucker checking your blog every day for new posts. I hope everything is alright!

Well I wasn't going to comment, but then I scrolled down and read your post that talked about the psychometer and then I clicked on that and read the old post, and I thought, dear me, I can't just leave and not give her a comment! So here is your comment. Your picnic looks like it was lovely and I didn't find you because I was searching for any sordid, unseemly things, but just because I like stories and pictures about Paris - and pinics in Paris too.

huguenot has said it for me. has le meg forgotten her fans? I demand to see a post here within the next 24 hours or it's over between us.